The publishers Taschen have brought a veritable heavyweight of a book on tattoo art to the shelves of tattoo enthusiasts – the wonderful “TATTOO. 1730s-1970s. Henk Schiffmacher’s Private Collection”. The legendary tattoo artist and historian from Amsterdam takes us on a fascinating and thrilling pictorial journey through more than 200 years of cultural history.

Tattoos can be painful as anyone who has submitted to a tattoo needle knows. Taschen have now enriched our experiences in this regard by issuing a book so heavy that a handle for transportation is provided with the packaging – a book so heavy that the handle around the tattooed wrist causes pain. 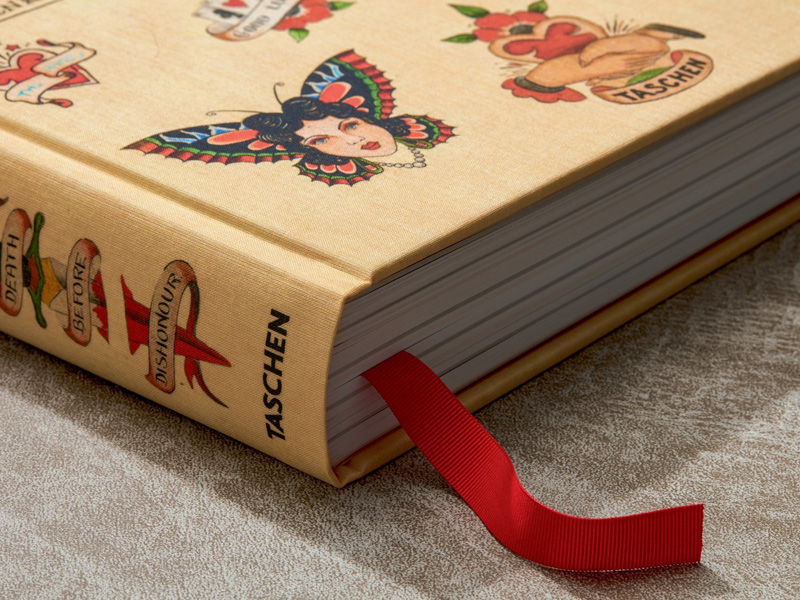 Tattoo History that Goes Under the Skin

However, a glance at this impressively illustrated book instantly allows us to forget the exertion of transporting it. In addition to personal recollections and countless flash-sheets of well known tattoo artists, Henk Schiffmacher provides us with a comprehensive cultural and social portrait of this “under the skin” art form – from its beginnings around 1730 up until the seventies of the past century.

The lovingly devised mammoth work, in English, German and French, is a declaration of love for tattoo art and introduces many pioneers and artists from past eras who significantly influenced the passage of tattoos into our modern society.

It was the globetrotter, James Cook, who introduced Tahitian tattoo equipment to Europe in about 1771, using the word “tattow” (Tahitian “tautau” for “strike”) which eventually led to the term tattoo. 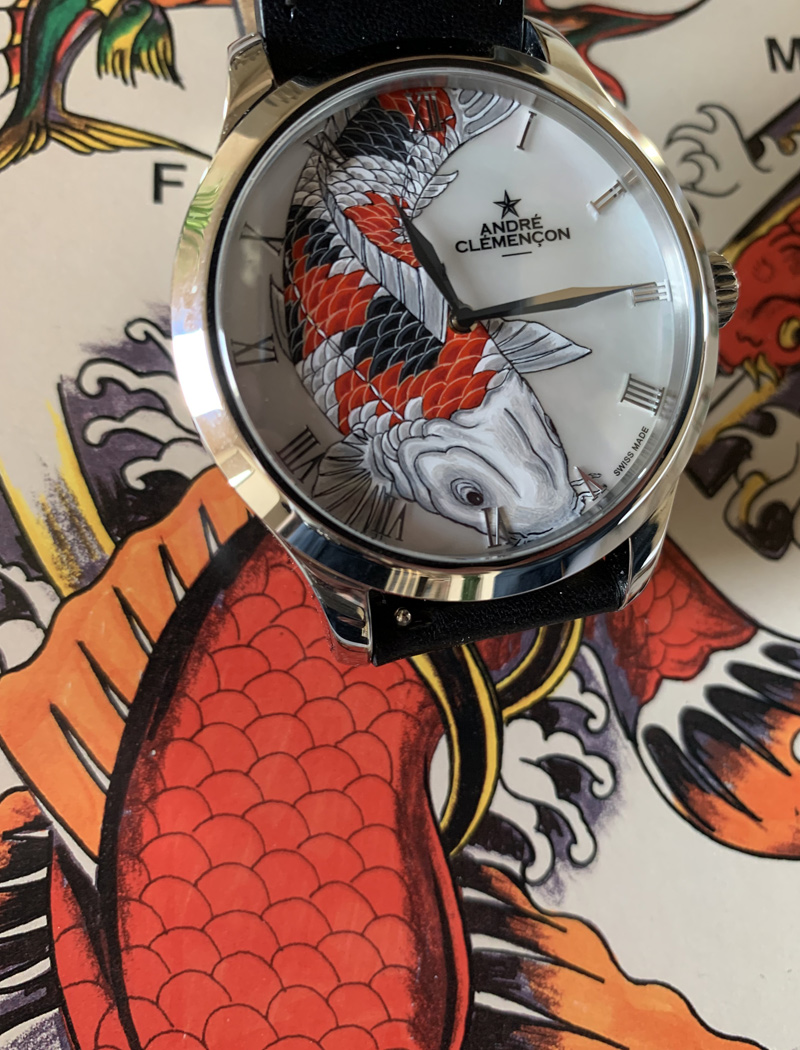 The Long Road to Acceptance

With countless facts and anecdotes the historian Henk Schiffmacher relates for us the long and arduous road tattoos travelled before reaching Europe and the New World. We see for example that tattooing was forbidden in New York from 1961 onwards and tattoo machines were only permitted to hum again in 1997. The travelling tattoo case, prevalent in the USA in late 1970’s, was not devised for practicality – its function was to allow street tattoo artists to “do a runner” before the police got too close. In addition, people like the British King George V, deserve credit for the fact that tattoos no longer bring to mind only sailors and criminals. Today, whoever proudly wears a tattoo on his skin reaps the benefits of the lengthy cultural struggle for acceptance which tattoo pioneers fought for us. 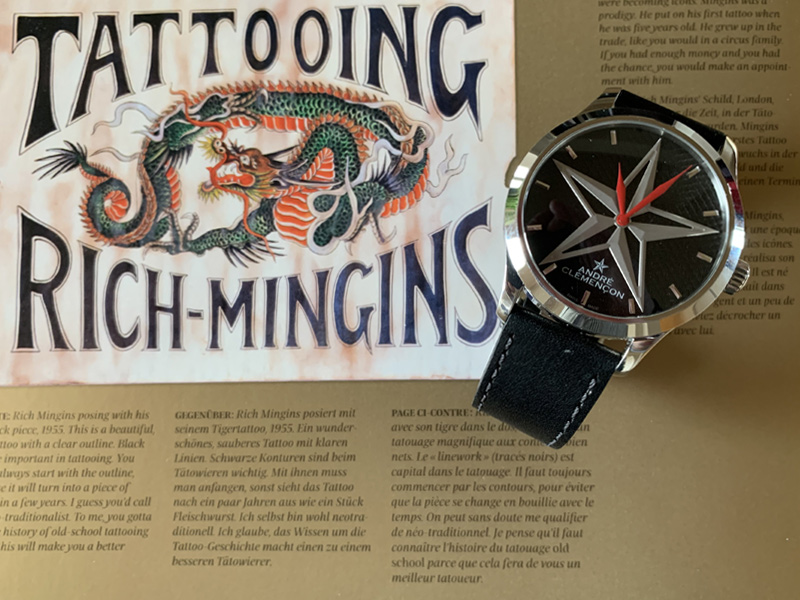 A Must Have for Every Tattoo Fan

“TATTOO. 1730s-1970s. Henk Schiffmacher’s Private Collection” from Taschen is a magnificent homage to tattoo art. But Beware: in order to secure a copy of the “Famous First Edition” – that is, a numbered copy of the first edition of 10’000 – it is necessary to work fast! 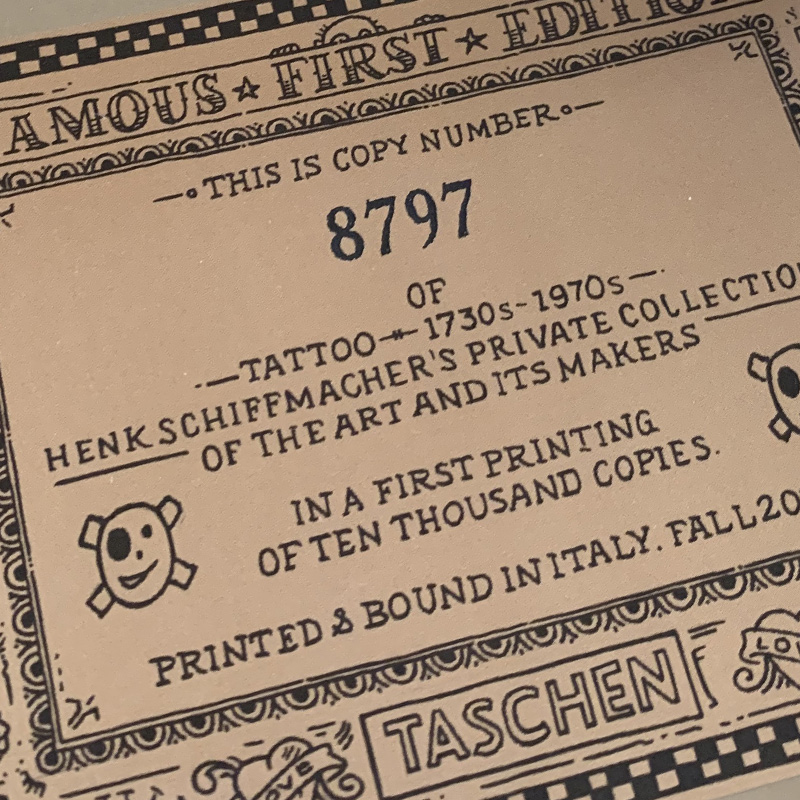 The number 8797 is unfortunately no longer available as it now belongs André Clémençon – a weighty, over six kilogram addition to his bookshelf … 440 pages with the impressive size of 29 x 38.8 cm allow no doubt about which book will from now on play the leading role in any tattoo art collection. 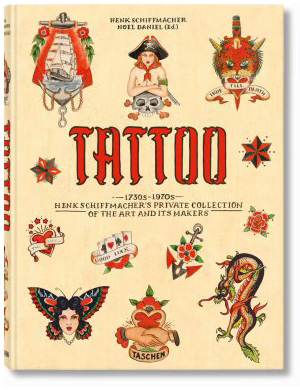 TATTOO. 1730s-1970s. Henk Schiffmacher’s Private Collection, TASCHEN (publisher). Information about this must-have for all tattoo enthusiasts (and also about the compact classic “1000 Tattoos” from the same publisher) can be found on the website taschen.com. 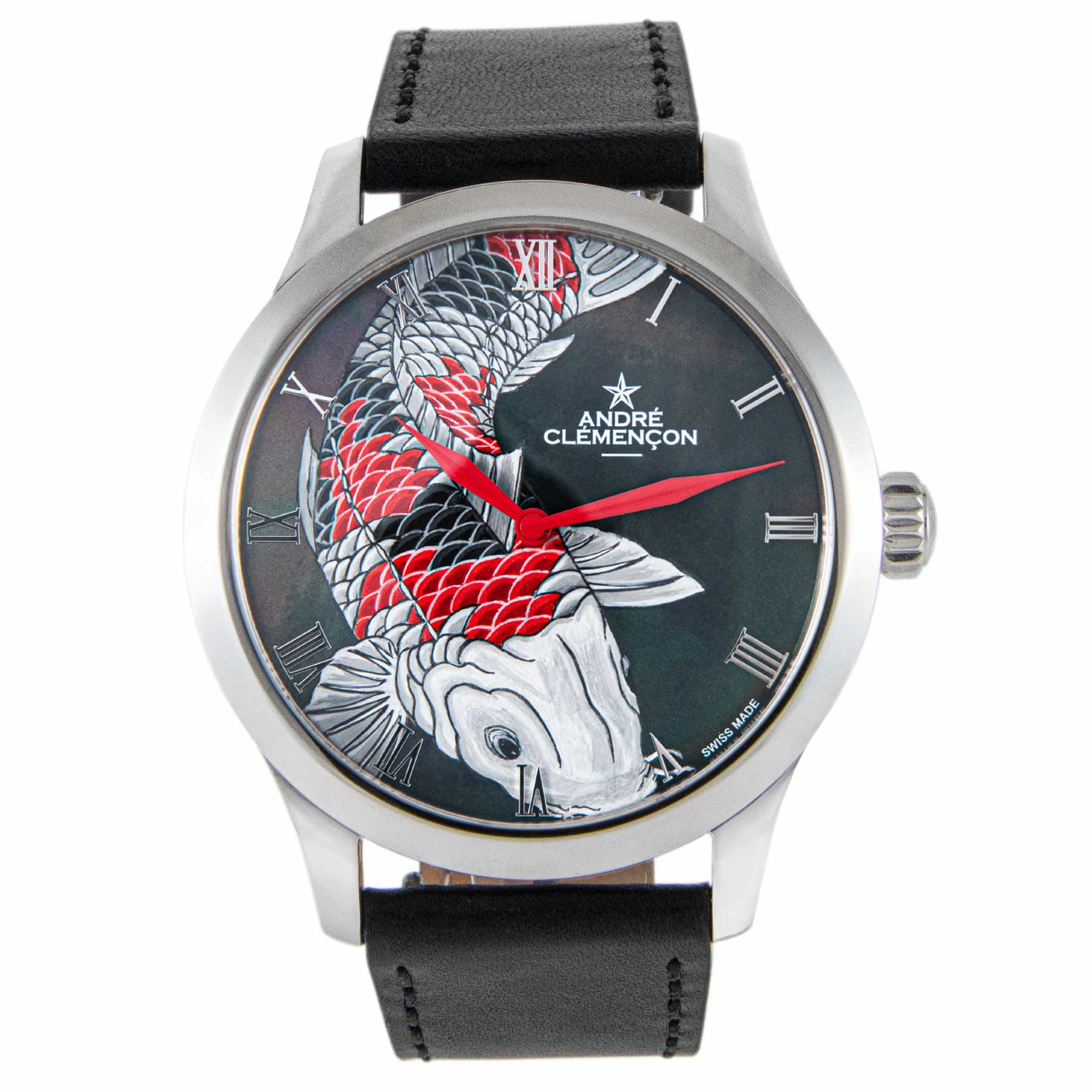 A homage to Japanese tattoo art and a symbol of strength, determination and ambition: The Irezumi Fine Arts Wristwatch with a hand-painted koi. 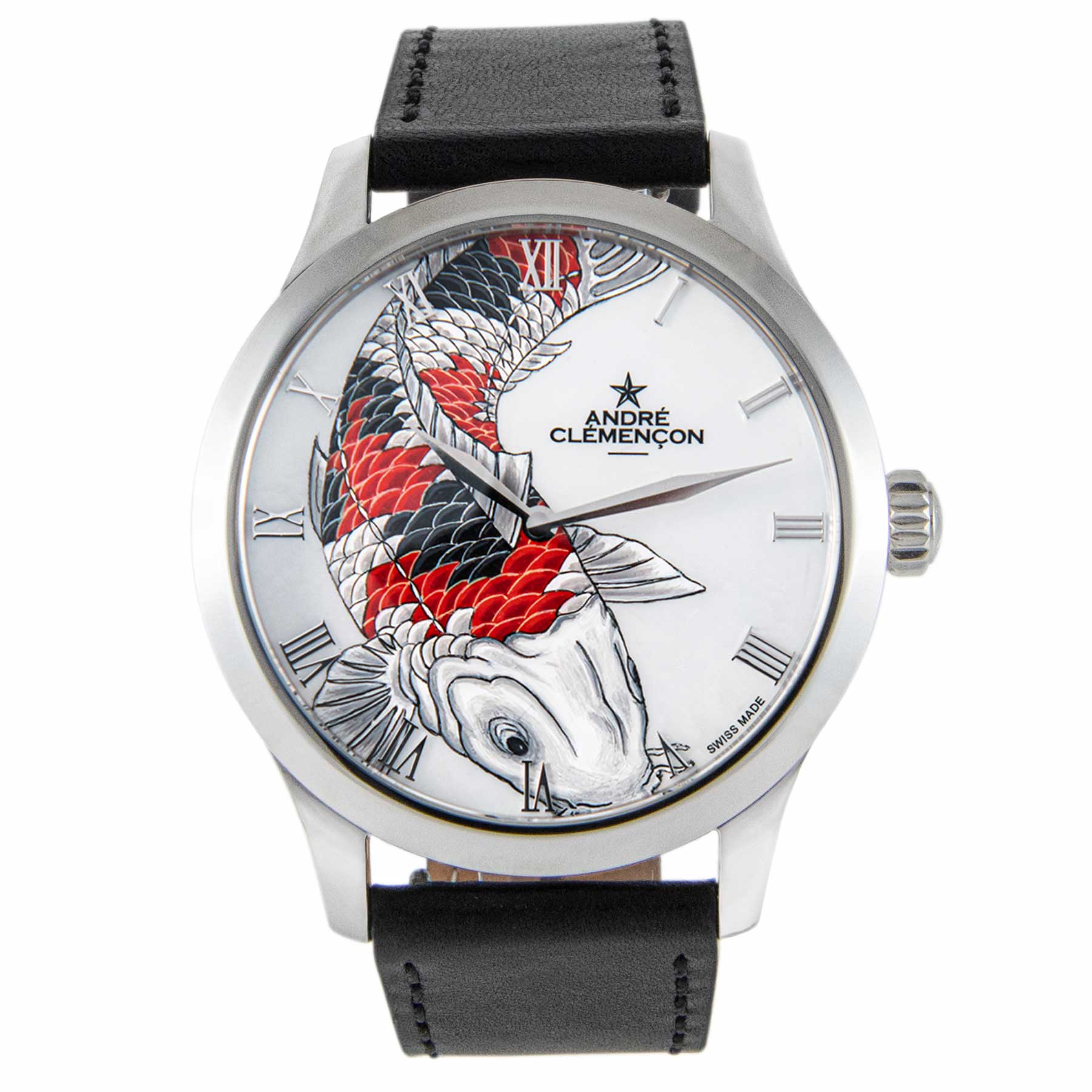 Register for our newsletter and receive information about the world of André Clémençon. You can unsubscribe from the newsletter at any time.

Time is a matter of style.

Page load link
We use cookies to ensure that we give you the best experience on our website and to analyse how you use it so that we can improve our contents. You can disable cookies in your browser settings, otherwise, we will assume you accept receiving them as they are. For further information, please read our data protection declaration. ACCEPT
Go to Top